The episode of Parineeti on January 24th, 2023 begins with Neeti running to Vishal’s car while Pari follows behind her hesitantly. Neeti happily greets Vishal and urges him to come inside to meet Pari’s mother as it will be a pleasant surprise for Gurpreet.

Initially, Vishal politely declines to enter the house, but as Neeti continues to insist, Vishal becomes increasingly agitated and begins yelling at her to stop. He states that he does not want to be involved in this situation anymore, and Pari tries to intervene and diffuse the situation.

As the argument between Vishal and Neeti escalates, Pari becomes increasingly frustrated and eventually tells Neeti to stay out of her married life, leaving Neeti in shock.

This event raises the question of whether this is the beginning of a rift in the friendship between Pari and Neeti. Additionally, it is also uncertain if Gurinder will be able to reveal the truth about Pari and Rajeev’s marriage to everyone. To watch the full episode of Parineeti on January 24th, 2023, go to voot.com.

For Parineeti Latest Episode, Please Follow us on Google News (Tap on the Star icon to Follow) 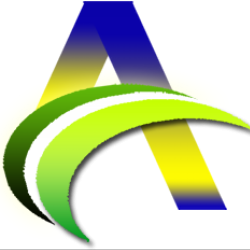